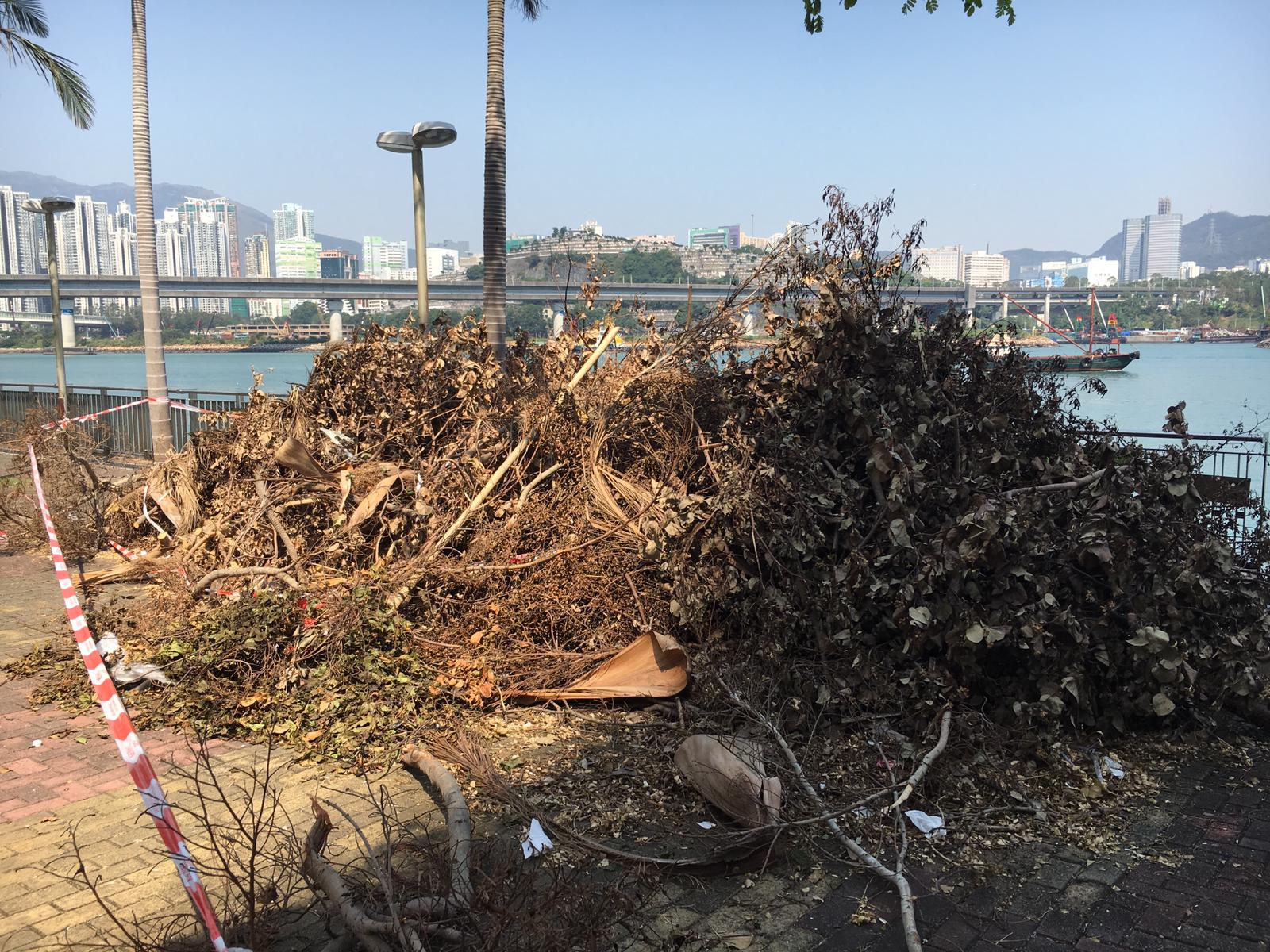 Three weeks after Typhoon Mangkhut swept through the city, we still remember this fearful experience for this tremendous destructive power. It menaced a gale wind signal no. 10 that kept us busy soaking up rainwater and watching out for possible leaks on windows. Those who lived on higher floors had a taste of “shaking building sickness” for the first time.

The next day after the typhoon, we were upbeat as the news had it, volunteers in various areas worked as one and gave in their best to removing bricks and blockages in streets and public facilities. Residents of Tseung Kwan O were no doubt the most fervent. This is exactly the kind of committing spirit that achieved togetherness in our hometown.

Urban areas are generally tidied up to pre-typhoon conditions, as commended by the Nas Daily, “…… took only two days to reach restoration.” The reality is, some areas are still laid toppled after being swept by Mangkhut. Hongkongers, therefore, need to be determined in this continual project of clearance and maintenance of our hometown.

Social Career pledges your help in providing information on locations with photos that indicate the extent of destruction. We will release this information as an alert for public involvement in restoration works.

With identified locations at hand, we will step up muscles to clean up. Social Career has launched the “Strive to Restore” initiative to attract more volunteers to remove withered woods on pedestrian/bicycle paths and trashes alongside seashores. We are hopeful to fully recover Hong Kong to pre-Mangkhut situ with concerted efforts like we had committed the day after Mangkhut had left.